Water Cooler Chat: Mr. Robot, Passenger List and Can We All Be Feminists?

The TV shows, podcasts, and books that we can’t stop talking about.

by Jonny Tiernan
/Career Advice/Breakroom/Water Cooler Chat: Mr. Robot, Passenger List and Can We All Be Feminists?/

How do you like to spend your lunchtime with your co-workers? We like to do it by chatting about all of the good stuff that we have been ingesting. And we don’t mean food – we mean the podcasts, books, films, TV shows and albums that we’ve enjoyed. We also like to share, so here is a selection of the most talked-about recommendations of the week.

I’ve been following this podcast since it started six weeks ago and it just keeps getting better. It’s a fiction series from the Radiotopia network centred around the story of a commercial flight that mysteriously vanishes over the ocean. The main protagonist of the story, Kaitlin Le, is a college student who embarks on her own investigation into what happened. Each episode deals with a different character and perspective, adding layers of intrigue and mystery. The sound design is exceptional, resulting in a real sense of worldbuilding that makes the whole story feel intense yet believable.

The fourth and final season of Mr Robot has just kicked off and it has already received great critical acclaim. This should come as no surprise as the first three seasons have all been extremely highly rated. The story is centered around Elliot Anderson (played by Remi Malek), a hacker who suffers anxiety disorder and clinical depression. There is a ton of detail in each episode, and there is an enthusiastic online community who pore over and discuss them at length. If you haven’t started watching Mr. Robot yet, you have a few weeks to smash the first three seasons and catch up in time for the finale. Get binging.

The book Natalina wants everyone to read: Can We All Be Feminists?

Edited by 20-year-old British writer and feminist activist, June Eric-Udorie, these seventeen up-and-coming young writers will challenge you to wrestle with issues related to feminism you probably didn’t think about until now. The essays forced me to question (and expand) my definition of intersectional feminism, and really reflect on the ways I’ve inadvertently excluded groups of women from that definition. So please, pick this one up the next time you're in a bookstore because honestly, if your feminism isn’t intersectional, what’s the point? 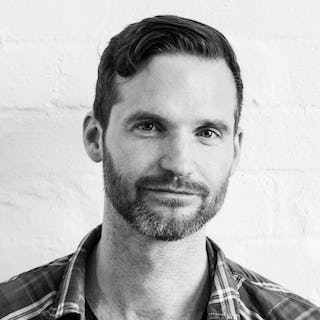