David Handlos of Stocard spills the beans on how he and his co-founders took Stocard from a side-project at university to a US$20 million-funded startup.

With 48 million app users globally, there are few who can claim the success of David Handlos and his fellow Stocard founders, Björn Goß and Florian Barth. David sheds light on what it takes to create a consumer-driven product, as well as the trials and tribulations of being a young founder.

You and your co-founders started Stocard back in 2011 when all of you were still studying. What inspired you to take that plunge into starting your own company?

We wanted to solve a problem that we had - none of us were fans of having over-stuffed wallets with a lot of cards. So, we decided to use the smartphone trend to create a product that would solve our needs. The decision to start our own company came later as a second step, but Stocard was driven by trying to solve a problem for consumers.

How did you juggle working on Stocard while also pursuing your masters at the same time?

It was a big challenge to start the company while studying at the same time because you essentially are doing a 'half-time' job (your masters) and then more than a full-time job with starting a company.

What Florian, Björn, and I did a lot was to work in the Pareto Principle. We put the minimum amount of effort needed into the masters to complete it but still achieve what we wanted to be proud of ourselves. And then, we put most of our energy into the company, especially in the beginning, you're so motivated by the idea that you have tremendous amounts of energy.

In a typical week, I would spend 60-70 hours on Stocard and another 10-15 hours on my masters - those were really long weeks, but it was very enjoyable. These were two things that I really enjoyed doing, so it wasn't that bad. But I don't think I would have been able to keep that kind of pace over a couple of years.

Would you recommend students to jump right into starting their own company after graduating?

I think there's never a perfect time to start your own company. There's always something that's maybe not exactly ideal. The most important question to ask yourself is if you have an idea that truly excites you, and also excites other people.

One of the advantages of starting a company while you're studying or when you recently graduate is that your lifestyle is still at a relatively decent level, so you don't have very high expenses. That means you don't need to make a lot of money right from the start, giving you time to experiment. Also, you're not coming from a very, very high paid job that you then have to quit to start something, so that, of course, is a big advantage.

The disadvantage is that you need to do a lot of on the job learning. It's very rewarding, but at the same time, it's somewhat difficult. I think a good compromise is to start a company relatively soon after graduating, and with some relevant work experience, especially in a startup. You'd learn and understand how a startup works and also how you can scale an idea into a large company.

What would you tell people who are at the beginning of their careers? Should they go into consulting or banking and more established, prestigious jobs? Should they join a startup?

It depends on the person; there's no one-size-fits-all model - everybody should go where they're passionate. And so, if that's consulting or banking and if someone wants a safe career where they know exactly what the next steps are, I think that banking or consulting can be an amazing choice, and very rewarding.

I think joining a startup is a great way to go - the learning curve is much better than any kind of other experience you can get. For me, it was incredibly rewarding to start Stocard, and the learning curve that I experienced, I know I wouldn't have been able to have otherwise. But it really depends on the kind of opportunities that are available to you.

For job seekers looking to get their foot in the fintech or startup scene, what essential skills tend to be overlooked?

I'm not sure if they're overlooked, but what I always find great is if someone can combine business experience with a technical understanding. If you have both in-depth business knowledge and also understand how technical processes work at a certain level and how technical products work, it gives you a big advantage. You'll be able to judge what is possible (and not) and how difficult or easy it is to implement something in terms of a product.

What do you think are the most critical lessons that working for a startup would teach job seekers?

From my view, the critical lessons that you learned in a startup are that you need to be really fast. Startups are typically very fast-moving, often, in very competitive spaces, meaning that the company that moves the fastest is the one that wins.

The next is learning how to work with very limited resources and being very efficient while doing so, more often than not, startups have limited resources. So again, we come back to the Pareto Principle, where you try to have big outcomes with relatively small input.

And the final thing is that getting stuff done really matters. Startups are usually a little bit less bureaucratic than a big company. What counts at the end of the day is not necessarily just the idea (and having that idea), but actually being able to bring it to market and to implement it.

When most people think about startup hubs in Germany, Berlin or Munich come to mind. What's kept Stocard in Mannheim?

When we founded the company, Florian was in Mannheim, but Björn and I were both in London. For us, the choice was between London, Berlin, and Mannheim. And we thought about London but decided against it because we didn't like the weather and the high cost of living. It was kind of between Berlin and Mannheim.

What struck us was that our friends who had startups in Berlin were having a tremendously difficult time finding good engineering talent. We already knew there were a couple of people in Mannheim who were really good at what they did, and they wanted to join Stocard. So, we decided to go to Mannheim just for the talent base. And with SAP right around the corner, it's great for good engineering talent.

Have you ever thought about opening an office in Berlin?

We've opened quite a lot of offices across the world (in Italy, Paris, London, Amsterdam, and Sydney) but we haven't opened one in Berlin just because we don't have that much business development that can be done there. And I think for technical talent, other locations are often better.

Stocard has grown from a part-time university project to a team of 70 employees located in seven cities. How has the company culture changed over the last few years?

That's a very good question. Stocard has grown tremendously, and with that growth comes a lot of change. In the very beginning, it was very flat, everybody reported to Björn, Florian or me. And now we have some layers of management and great team members taking care of the responsibility of managing their teams, and building those teams. So I think that's a big change.

When we started, we had very limited resources, and now we have more resources available, so the scope of the projects that we can do has also increased. On the one hand, of course, it's great to have a lot more things we can do. But on the other hand, the projects get bigger and more important, and so there's more structure than there used to be.

How do you maintain company culture as you continue to grow?

I think what you need to do is hire really good people that have a similar outlook on life and share the same values as what you have as a company. And make sure that you really live those values in all the decisions you make as a company.

All too often, people find themselves in a job that sounds great at first but reveals itself to be a mismatch or far from what they were sold. Are there some tell-tale signs or red flags that people can pick up on during the interview process?

Job interviews should always be for both sides - the company should be able to get to know you, but you should also have the chance to get to know the company. What I don't see happening enough is candidates asking really good and smart questions to figure out from their perspective if this is the right job for them.

I'd encourage people to ask questions and ask them very openly and just see how the interviewers or the company react to those questions. And if they respond weirdly to a question around something that's important for you to know to accept the offer, I'd recommend to keep looking.

What did you learn as a young founder that you wished you knew before?

That having a great team is the driver of your success; with a great team, you can achieve a lot. And with a bad team, it's very, very difficult to get things done. The thing I learned over the years is that sometimes one single person who isn't performing or isn't a good team player can completely ruin the atmosphere in and for the entire team. It's not just that they're unproductive in their own work, but also bring the entire team down. So if you have one of those people, it's best to part ways as soon as possible and not drag it on. Otherwise, the entire team suffers and that person is most likely not in a good situation.

It's more of an approach to things rather than just one piece of advice – that's to be data-driven around product decisions. Not to trust your gut feeling but to A/B test everything and make sure that you keep developing a product in a data-driven way, and ensure that all decisions are based on data that at the end, on a consumer side, has an amazing impact. 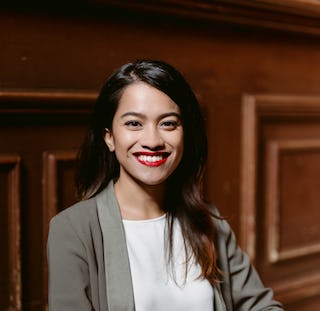 Natalina shares advice and best practices gained from working with our community of incredible talents and collaborating with recruiters from our partner companies on a day-to-day basis.

How to Staff Your Online Recruiting Event
by Jason Reich