The When and Hows of Asking for a Raise

Possibility the most awkward conversation you’ll have to initiate but so necessary for your continued enjoyment and success on the job.

Sometimes, work (just as much as love) is a battlefield. One such instance is when you’re planning on asking for that raise that’s been on your mind. It’s important to be armed with a game plan and the necessary ammunition. Going in blind and unprepared is going to look sloppy and that’s the last thing you want. Here’s everything you need to know about your plan of attack.

First things first: a raise is the justification of the increased effort and quality work you’ve produced at your job. If you’ve been consistently delivering high-quality work over a period of time and/or taken on more responsibility, then it’s time for this conversation to happen. So if you haven’t been having stellar 1-on-1s or performance reviews at work, you might want to hold off on bringing this topic up.

Essentially, you want to be able to show your boss your value add to the team. That means tracking your achievements and sharing them with your boss during your regular 1-on-1s. One way to do this is to have an excel sheet where you track each project’s achievements and tangible successes - if you’ve received great thank you emails from clients that are going to help your case, save them! You want to go into the meeting with hard evidence showing how you’ve gone above and beyond for the job. Remember, your boss is going to have the hard data on this so don’t oversell your successes.

The obvious is to ask for a raise after a big win or accomplishment. Most people tend to bring this up during their performance review which might be too late in some cases. Factor in the budgeting period at your company, you’d want to ask for a raise at least a month before the official budgets are up for discussion.

4. Have a specific number in mind

Going in with a specific number such as 45,750€ makes it seem like you’ve done your research, in comparison to something like 45,000€. Friends, acquaintances and colleagues in your field could also provide some advice. Instead of the “how much do you earn” approach, try asking “how much do you think someone with the position of [your title] at [insert competitor company’s name] earn?”. Chances are that they are more likely to answer the second question. If you are aware of a salary structure at your company, it goes without saying that you should keep that in mind.

Rehearse your pitch. Asking for a raise is no walk in the park, and we can sometimes let our nerves get the best of us. Write a script, practice it, rope in a friend or close colleague if you’d like to practice the back and forth of the conversation. This would also allow you to anticipate questions your boss might bring up.

6. Be ready to wait, or get rejected

Chances are that your boss doesn’t have the clearance to grant you your raise immediately. There’s going to be some waiting involved, so ask about the follow-up steps. You should also be prepared to hear a “no” and know exactly what you’ll say in response to this. This could mean asking what you’d need to deliver on in order for a raise to be considered.

While the whole process might make you sweat a little, take comfort in knowing that asking for a raise is very much part and parcel of being in the working world. If your request is rejected, it is not the be all and end all of things. It may open a conversation about better employee benefits like flexible working hours, working from home or addition holiday leave. 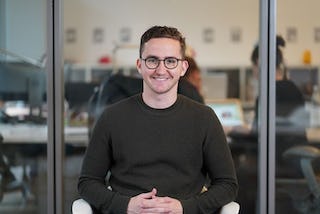 Jason is a co-founder of TalentSpace, where he keeps himself up at night thinking of new and innovative ways to make recruiting an enjoyable and fruitful experience for everyone. He's worked on the international expansion of US-startups, Casper and HotelTonight (acquired by Airbnb), and was also on the Value Creation team of Google Chairman Eric Schmidt's VC, Innovation Endeavors. He graduated from Bocconi University.