Three Things A Foreigner Might Find Surprising Working in Copenhagen

Despite sharing a border, our Ambassador, Lea, finds out that the working culture in Denmark and Germany are worlds apart.

Having worked in Germany, I was not too sure what to expect of a job in Copenhagen. Parallel to my Masters at Copenhagen Business School, I worked for Mars as a student assistant in their marketing team. My role focused specifically on supporting the launch of Uncle Ben’s express rice across the Nordics, and additional brands that I worked with were Mirácoli and DOLMIO.

In my first few weeks in the Danish capital, I kept hearing the word “Hygge” all around me. Officially regarded as the defining characteristic of Danish culture, hygge encompasses a feeling of cozy contentment and well-being through enjoying the simple things in life. Little did I know that working in Denmark could, in fact, be as hygge as it gets.

Here are the three things that I found most surprising:

After the first few days in chocolate paradise, I had my first meeting with our external partners. Having worked in a German environment, I was used to greeting business partners with a handshake, i.e. the German approach to maintaining professional distance. However, I soon noticed that things were slightly different in Denmark. I was surprised to see my boss greeting our partner agency with a hug. Despite being slightly confused, I followed her example and did the same – it was a bit of a new experience at first but definitely positive as it created a rather friendly atmosphere right from the beginning. The interaction with the partner agency thus felt more personal and supportive, which served as a great base for future collaboration.

Sustainability and eco-friendliness plays an important role in Denmark. Our office was a “green office” and we had several measures to minimize waste and environmental impact. This was also reflected in the majority of colleagues who commuted by bike. No matter the hour or the weather, people would bike to work. There were only a handful who drove to work and they were seen as the exception. If it rained heavily, the alternative was usually to take the metro.

Being accustomed to the classic 9-5 work routine in Germany, I was impressed by the flexibility afforded in the Danish workplace. A normal day in the office usually started at 8am and ended around 4:30pm. That said, it was quite common to start even earlier and end the workday earlier – most people left their desks around 3pm. On days where I had to finish up something or prepare a special project for the next day, I often found myself alone in the office with the cleaning staff, around 7pm or 8pm. This was certainly something you don’t see in Germany very often.

On a whole, I had a great experience working in Copenhagen and certainly learned a lot. The (working) culture was definitely different from what I had experienced in Germany before. The emphasis on work-life balance and feeling “good” at work is something truly positive, which I think has a great impact on the overall performance of the employees and in turn, the companies. 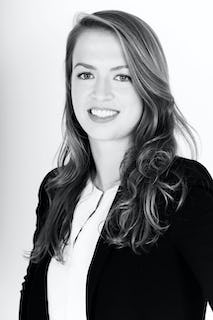 Lea is a TalentSpace Ambassador, currently based in Santiago de Chile for an exchange semester at Universidad Adolfo Ibáñez as part of her Masters. After completing her Bachelors at ESADE in Barcelona, she started her Masters in Brand and Communications Management at Copenhagen Business School and worked as a student assistant in Marketing at Mars to complement her studies.