Freek van der Meer, Team Head Banking Relationships at Raisin on why he loves working for the fast-growing fintech startup and what qualities you need to get ahead in the industry.

Tell me about your own background and how you ended up in your current role.

I’m from the Netherlands. At university, I studied international tourism development, which was fun but totally unrelated to what I do now. After my studies, I was in a bit of a dead-end job and hungry for something new. A friend mentioned that a Berlin bank was looking for Dutch speakers to work there for three months in the summer. It sounded like fun so I gave it a shot. Turned out I liked it! I stayed for two and a half years and worked my way up to a position as a business analyst.

Then, when I was around 26, I decided I wanted to see more of the world, so I quit my job and booked a one-way ticket to Asia. It was a great time and I spent six months roaming around South and Northeast Asia before I started to run out of money. I ended up going to Australia, thinking I would pick some fruit to make some money. Instead, I got lucky and managed to land a job with Uber. I worked on several different projects there, such as launching Uber Eats on the Gold Coast, and wore many different hats. Afterwards, my work visa was running out, so I spent another six months in Asia before moving back to Berlin.

I wanted to find a role that combined my experience of finance with something I’d find enjoyable. I didn’t want to work in a bank anymore, and my time at Uber gave me a desire to work in a more dynamic environment. For this reason, I thought a fintech company would be a great idea. I found a role as a Partner Bank Manager at Raisin and was lucky enough to secure it. When I started in 2017, the whole team was just 70 people. Since then we’ve brought on board an additional 200 people. It has been amazing to be part of that growth.

Could you walk me through your role; what does a typical work week look like for you?

I lead the Partner Bank Onboarding team. Our main goal is to bring partner banks onto the platform in a frictionless way, as soon as possible. That means integrating them from a technical perspective and making sure that they can communicate with us on important topics. Whether that's manual or automatic process depends on the bank – we have multiple ways of integrating them into the platform. But it's not just the technical side – there are also elements of legal alignment that we need to explain in detail.

What sort of qualities would someone in your role need to succeed?

What do you find most fascinating about your role?

What’s the most challenging thing about your role?

Currently, the biggest challenge we face is that we have more work to do than resources to do it. We have to constantly prioritize and keep everyone happy to the best extent that we can. We're hustling to get things done and it involves constant reprioritization.

What's one of the misconceptions people have about your industry or your position?

I guess that we wear suits all the time! Maybe not so much for fintech, but even when I was working at a bank, I would never wear a suit.

What advice would you give to someone trying to break into your industry?

You should definitely not be daunted by technology. On the business side, you don't need a fundamental understanding of programming, but if you get scared at the mention of JavaScript, Perl, or PHP then this is probably not the right industry. You don't need to be a tech genius, but if you want to succeed here, you need to be eager to learn new things and stay open-minded. 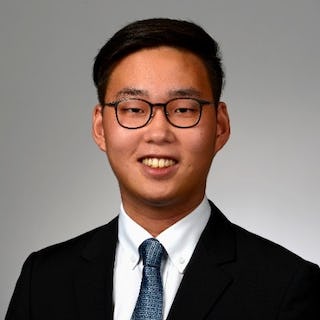 Zinuk is part of Business Development team and contributes to the overall success of the company with new ideas and good vibes. Prior joining the Business Development team, he was a TalentSpace Ambassador in Frankfurt where he's currently pursuing his Bachelor’s in Banking and Finance at the Frankfurt School of Finance & Management. He loves music, hanging out with friends, golf, and meditation.

How to Staff Your Online Recruiting Event
by Jason Reich